Team Renegade is a team of six senior engineering students at Florida State University Panama City competing in the NASA University Student Launch Initiative as a part of their Electrical and Computer Engineering Senior Design project. They must construct a rocket that will carry a real-time target detection payload and be able to reach a goal altitude of 5,280 feet. The team must undergo periodic design reviews and presentations with NASA as a part of the engineering design process. Another aspect of the competition is Educational Outreach which requires that the team engage with students in the community in hands-on projects that encourages their interests in STEM fields. This competition challenges the students to collaborate with other types of engineering fields and it gives them the full experience of the engineering process implementing a real life project. This includes a project proposal, budget, project plan, project timeline, design documents and deliverables, prototyping, and testing. The team will launch their final design on April 7, 2018 in Hunstville, AL. Follow Team Renegade's progress on Facebook (http://www.Facebook.com/FSUPCUSLI2018) and Instagram (http://www.Instagram.com/TeamRenegadeUSLI).

The purpose of this project was to design a Light Emitting Diode (LED) Air Warning System (LAWS). The team developed a proof of concept system which resembles the Cylinder Pressure Device (CPD) that is currently being produced by Interspiro. The new design uses an air pressure transducer with a wire connection to a heads up display (HUD). This HUD is comprised of a red LED array to provide divers with detailed information concerning the remaining pressure in their tanks. It offers higher granularity to reduce the risk of a diver running out of air during a dive. 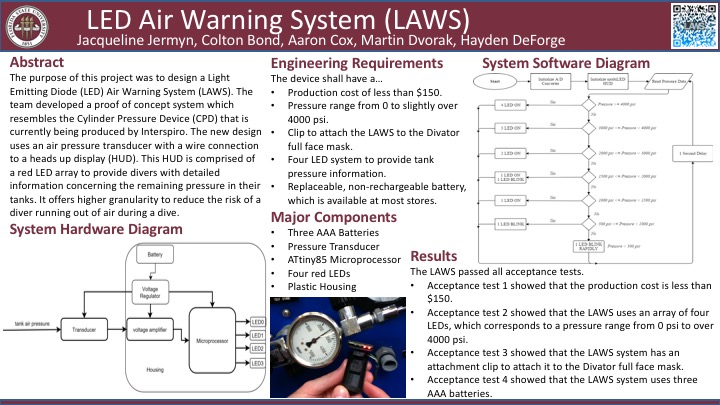 This is an interactive exhibit designed to utilize data collected from a solar panel installed in the outer yard of the Science and Discovery Center, showing how much power is being generated at any given moment. The exhibit emphasizes how important solar power technology is becoming to the world and teaches children how this works and allows them to see real examples with commonplace items. SPEED is designed so that the museum patrons are able to see real-time data from the roof-mounted panel and leave the exhibit with an increased knowledge of solar power and its potential impact on the world in the near future.

Mentored by NW FL Science and Discovery Center and NSWC-PCD 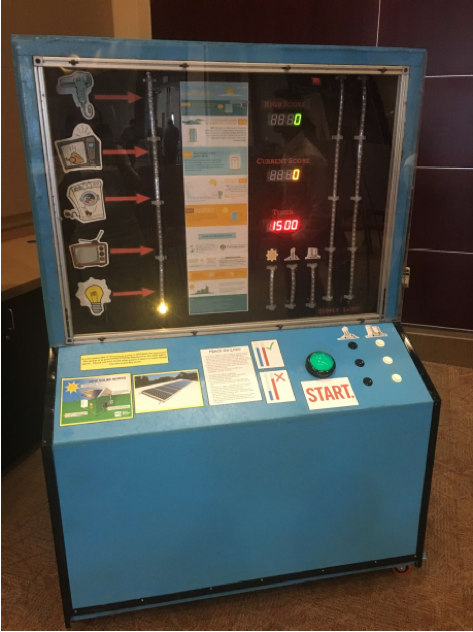 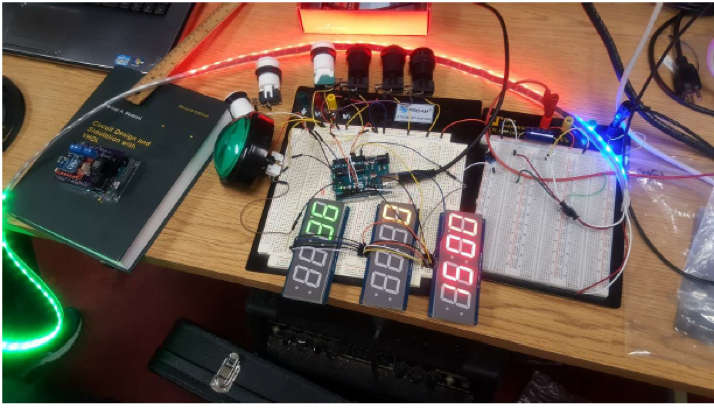 NSWC-PCD has a need for an automated Circuit Card Assembly (CCA) tester that is fast, thorough, and accurate. The overall objective of the CCA tester project is to design, develop, and demonstrate a completed Circuit Card Assembly (CCA) that will verify the CCA logic functionality, redundant power functionality, power safety mechanisms, and LED indication outputs. The tester uses LabVIEW2012 with an Engility Data Acquisition Module (DAQ). 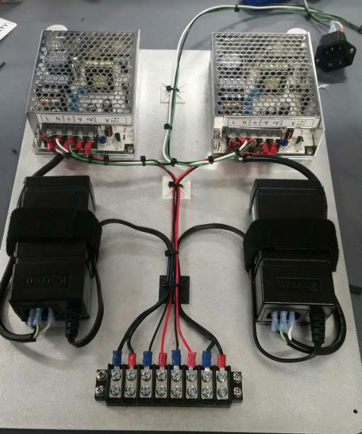 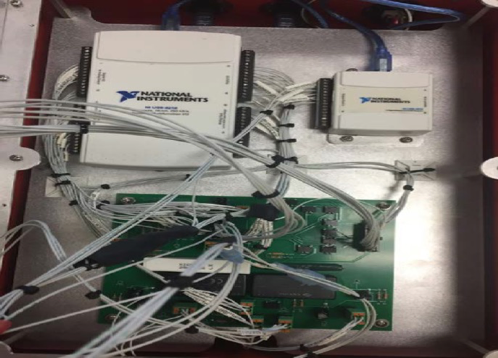 The team is advancing a formerly successful capstone project completed in 2013 by redesigning for better portability and programmability. As the previous design the trap will release an attractant (CO2) and draw in and maintain unharmed mosquitos for at least 14 hours. The captured mosquitos will be inventoried to help local mosquito control experts understand infestation details. 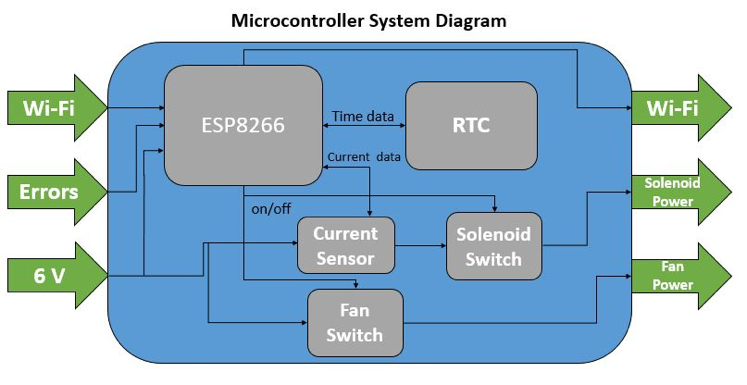 The BIGS is a prototype design with the intentions of building a field server to store hive sensor readings. The server will be placed in a cluster of hives located in remote locations with no cellular connectivity. To allow communication between the server and sensors the server will be set up as a wireless access point. When a sensor connects to the server it will send data readings to be stored in the server’s database. Each time the sensor data is stored it has the current time appended to the readings. To recover the data stored on server a mobile device will connect to the server wirelessly. Upon connection to a mobile device the server will upload all the stored sensor readings from the server to the user’s device. As data is exported to the device the server will clear the database, freeing up memory. A previous capstone project demonstrated electronically gathering vital health information from a bee hive, such as temperature, humidity, weight distribution, and dead-bee count, without the keeper manually disturbing the hive. 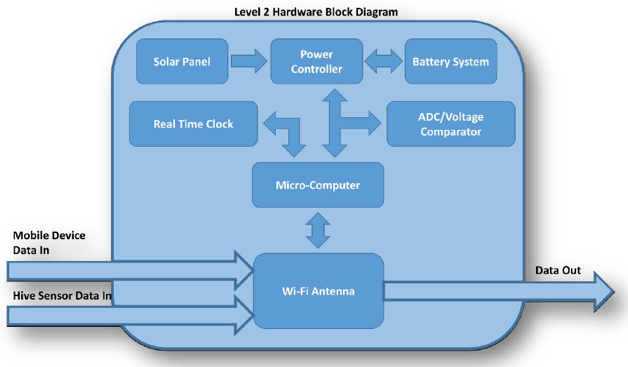 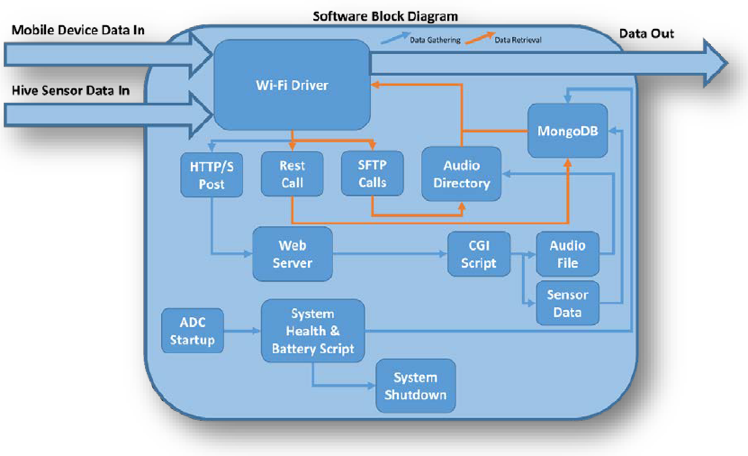 Is FMCW for the Birds?

A tin-can RADAR (design and used at MIT) using continuous-wave frequency modulation (FMCW) has been considered for bird and insect detection and classification. End-user applications include bird-strike avoidance with aircraft as well as deterring incoming fowl from landing in a location hazardous to a particular species. This RADAR design is relatively inexpensive, and thus a collection of these could be posted in such an area. 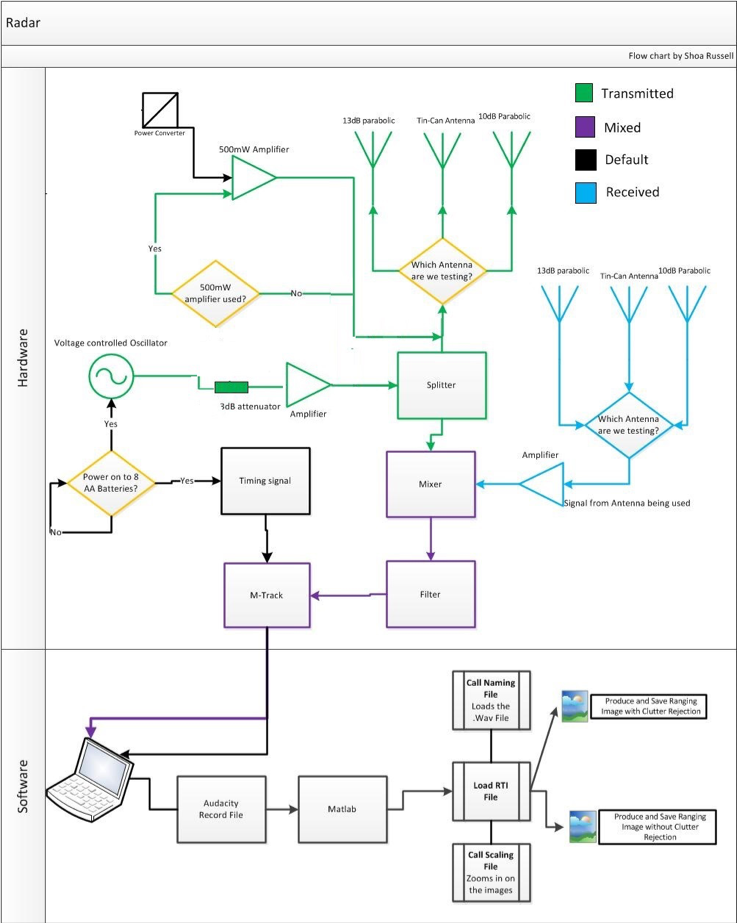 Mentored by NSWC-PCD and the Science and Discovery Center (SDC) of Northwest FL, Panama City, FL 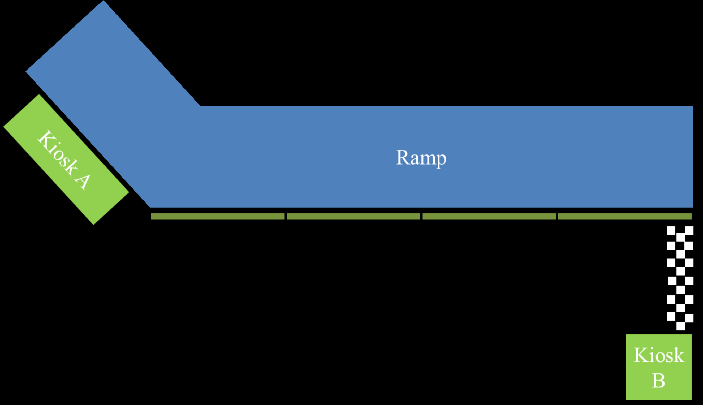 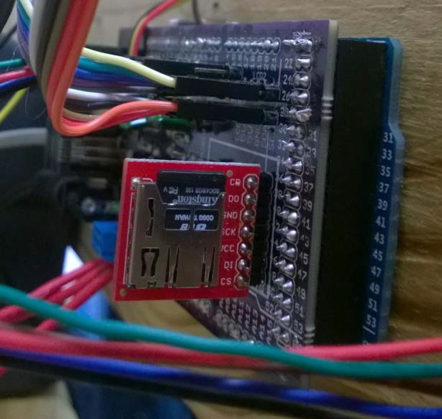 In Spring 2014 an FSU-PC ECE design team delivered the Interactive Bubble Exhibit (IBEX) to the Science and Discovery Center (SDC). This project seeks to advance the exhibit to include self-calibration of the display bubbles, hardware trouble-shooting capabilities, and enhanced cosmetic appeal.

Mentored by NSWC-PCD and the Science and Discovery Center (SDC) of Northwest FL, Panama City, FL

Quality sound projection for live entertainment requires subwoofer cabinets for low frequencies. These cabinets cause sound phase distortion to which the human ear is sensitive, causing undesirable “muddiness”. Modern signal processing filters can compensate for most of the distortion, but this comes at a cost of signal delay which can be unacceptable for live performance applications. This project applies recently-published techniques for compensating for phase distortion while minimizing signal delay.

A water-driven turbine connected to a generator will be placed in line with the irrigation manifold, generating power when the irrigation system is running and water is flowing through the system. The power generated will then be sent to a battery bank where it will be stored. This stored power will be regulated by a control module consisting of a clock and photo sensor. Once the control module is triggered the stored energy will be utilized as a power source for accent lighting.