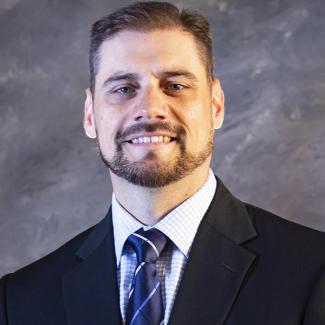 Dr. Georgiadis is an industry expert in Systems Engineering having served as a practitioner in the US Navy (civil service) and industry. He has a wealth of knowledge and practical experience that is woven into his teaching method. In 1998 he started his career as an electrical apprentice in construction. He earned a Bachelors of Science in Electrical Engineering from Florida State University Panama City in 2005, his Masters of Science in Management from Troy University in 2009, and a PhD in Systems Engineering from The George Washington University in 2013 where he has served as adjunct faculty teaching PhD courses in Systems Engineering since graduating. He began his Navy career as an Acquisition professional at Naval Surface Warfare Center (NSWC) Panama City Division in 2001 where he worked on multiple complex systems as a Co-Op student and electrical engineer including the Airborne Mine Neutralization System (AMNS), Unmanned Surface Sweep System (US3), Organic Airborne Surface Influence Sweep System (OASIS), Deployable Joint Command and Control (DJC2), and the Airborne Laser Mine Detection System (ALMDS). While at NSWC PCD, he was qualified as a helicopter flight specialist with over 30 flight hours operating systems from the SH-60F and the MH-60S helicopters. Dr. Georgiadis was also a co-inventor on a novel pressure relief valve patent for safe use of Li ion batteries within shipboard ordnance systems.

In 2005, and 2008, he was competitively selected by Navy leadership for one year assignments working in the Pentagon on the Chief of Naval Operations (CNO) staff, OPNAV N95, Expeditionary Warfare where he executed the DoD Planning, Programming, Budgeting, and Execution (PPB&E) process and led the development and approval of the annual Mine Warfare Certification Plan required by Congress. In 2009, he was assigned as the Assistant Program Manager of the Acquisition category II (ACAT II) ALMDS program with a life cycle budget of nearly $1 billion at Program Executive Office Littoral and Mine Warfare (PEO LMW) at the Washington Navy Yard in DC. In this role, he managed all technical, cost and schedule aspects of the program. In 2011, he joined PEO Submarine (PEO SUB), Undersea Technology (SEA 073), Advanced Submarine Systems Development, as the Deputy Director of the SSN/SSGN Survivability Program (S3P) while also leading as Contracts Officer Representative (COR) for 12 contracts totaling $800 million of ceiling working with the two Navy Nuclear Shipyards, General Dynamic Electric Boat and Huntington Ingalls Industries (HII) Newport News. His final supervisory position in the Navy was at PEO SUB, PMS 415, Undersea Defensive Warfare Systems as the Acquisition Manager leading a team of experts in developing Acquisition plans and life cycle cost estimates for the Navy's torpedo defense systems. In this position he was working with submarines, carriers, and all surface ships equipped with torpedo defense capabilities. Additionally, he was lead over 32 Foreign Military Sales (FMS) initiatives in torpedo defense with allied navies around the world.

In Spring of 2015, after 14 years of civil service in the Navy, Dr. Georgiadis returned to industry as the Chief Technology Officer for a fast growing DoD consulting company, Hepburn and Sons LLC. He developed the company's Technology Transition Division which continues to thrive in transitioning innovative and mature technologies into the DoD. Since joining FSU to lead the Systems Engineering graduate program, he continues to support Hepburn as a part time Sr. Engineering Consultant. He is a dynamic leader, public speaker and teacher, is married to Rhema Georgiadis, and they have three children. His hobbies include playing golf, guitar and fishing. He has multiple publications and conference proceedings and has published in the International Council on Systems Engineering (INCOSE), Journal of Systems Engineering. He is an active member of the American Society of Naval Engineers (ASNE) and the Society of Naval Architects and Marine Engineers (SNAME). Dr. Georgiadis holds Defense Acquisition Workforce Improvement Act (DAWIA) level III certifications in Systems Engineering and Program Management.